Warning: A non-numeric value encountered in /home/barbar13/public_html/wp-content/themes/Divi/functions.php on line 5841

No, I won’t be leaving a wake of 911 calls when I walk down the street. Clothes-free doesn’t mean au naturelle, it means free from the burden of buying clothes. Burden. I choose the word carefully now, a quarter of the way into the year. It is the right word.

It began in mid-December when I was overcome by post-shopping remorse after dropping nearly $500 at a pre-Boxing Day sale on a new (albeit very warm) winter coat and various irresistible accoutrements, including a circle scarf and light-weight “high performance” (what dat?) down vest. I justified my purchases climatically: I live in Ottawa, I need to keep warm and the frigid winds were flowing through my old coat. But still: $500?

I keep track of my expenses; I make no apologies for this obsessiveness which has served me well over the years. I pay off my credit card monthly; I don’t own a car; my sole debt is a mortgage. So I decided to poke the wound and probe the depths of my clothes habit. I opened my Excel household accounts spreadsheet and tallied the columns. How much did I blow on clothes in 2015? I was astounded: $3800. In December alone (the month of the coat binge), I dropped $950.

According to Statistics Canada (2013) the average Canadian household spends 6.1% of income, or $3,575 on clothing. Hmmm. Does that mean my husband gets half? In which case, I’d be left with $1,787 per year for my clothes habit.

When I told my husband my 2015 tally he was astounded. “What did you buy?” he asked. Good question. It’s not as if I dress like a femme fatale with a cornucopia of fetching frocks and matching shoes. I buy things on sale. Mostly pants and tops or tunics. And I take good care of them so they last years. But there is waste. I contribute at least two big plastic bags to the Salvation Army every year. To some degree this has to do with a finite amount of closet space: clothes in means clothes out. And it’s also related to my ruthless desire to only keep what I use (I turn everything inside out at the start of the year; if it’s still in that state at the end of the year, it’s under serious scrutiny). But this waste is also due to bad buying decisions: wrong colour, wrong size, wrong fit. In other words clothes bought under (often self-induced) pressure without due consideration.

In the dog days of December, we went for dinner at our friends Sharon* and John’s newly renovated, new house. It’s gorgeous, but they’d dropped a bomb on it, and Sharon announced she’d decided to stop buying clothes in 2016. She wanted to save money, and, as a Buddhist, she wanted to be more free of owning things. She and her sister were taking the challenge together. Sharon heads a not-for-profit and needs to look smart. I just need to cover my body. It gave me pause: Could I stop buying clothes for a year? I questioned her: What about underwear? Allowed, she said, but special “essential buys,” like new walking shoes or black work pants, had to be passed by her sister for the thumbs up.

Her commitment was front of mind as my fingers flew over the calculator on January 1, and I made the decision: I wouldn’t buy clothes in 2016. The amount I’d spent was a major factor, but another consideration was my plan to retire in the next five years or less. I had to learn to do with less money. And finally, I want to buy less. I want to be a responsible steward of the planet. So, I have three very good reasons to go clothes-free.

Now here’s the surprising thing. I made the commitment with trepidation: I like getting new clothes. I like how they feel. I like looking good. On the flip side though, I don’t like trying on clothes in too-small, too-hot dressing rooms. I don’t like wasting time leafing through endless racks. I resent obsequious sales clerks. And I resent the price of most things.

In balance, the latter considerations, plus my three very good reasons have made going clothes free an easy process. I am free of the burden of shopping for clothes. On vacation recently in San Francisco, I glanced at shop windows, but felt no compunction to go in and see what was on offer. I saved the time, and admired the magnolias in full bloom instead.

Will I make it through 2016 clothes-free? I’m optimistic, or I wouldn’t have gone public. But stay tuned for the next quarterly update.

* not their real names. 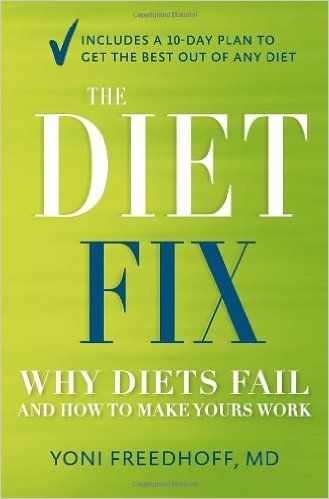