Warning: A non-numeric value encountered in /home/customer/www/barbarasibbald.com/public_html/wp-content/themes/Divi/functions.php on line 5841 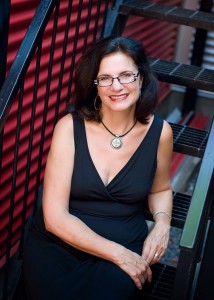 I make my living as a medical editor, but find my life in writing fiction.

Following an itinerant childhood (fuel for fiction) as an air force “brat,” and a brief foray into the (dubious) joys of country life (think of Eva Gabor in Green Acres), I’ve spent most of my adult life building my personal community in Ottawa, Ontario where I’ve raised my son and met a whole crop of great friends.

I’m gainfully employed as a medical editor four days a week, but in the wee hours of the morning, every Friday and sporadically on the weekend (life’s busy) you’ll find me delving into totally unscientific territory of fiction writing. I have recently completed my second novel: The Book of Love: Guidance in Affairs of the Heart. My first novel, Regarding Wanda (Bunkhouse Press, 2006), was short-listed for the Ottawa Book award in 2007. I attended The Banff Centre, Writer’s Studio for six weeks in 1998.

I have published twelve short stories: two in anthologies, The Company We Keep (BushekBooks, 2005) and Winning Shorts (General Store Publishing House, 1995), and ten others in literary journals such as Shift, The Capilano Review, Antigonish Review, and The New Quarterly.

Since graduating in journalism from Carleton U here in Canada’s capital, I’ve made my living as a journalist and editor. After beginning as the editor of The Arnprior Chronicle, I began freelancing, with regular stints at General Store Publishing House and The Ottawa Citizen and forays into numerous other publications including Chatelaine, The Toronto Star and The Globe and Mail.

After writing the best-selling book, The Back Forty: Farm life in the Ottawa Valley (General Store Publishing House, 1990), I made a dramatic switch from rural to urban and into health journalism. I began at the Canadian Nurse and since 1998, have been ensconced at the CMAJ (Canadian Medical Association Journal), Canada’s leading peer-reviewed medical journal, where I hold the claim to having the most publishing credits.