—   Trish! It’s so great to see you. Now I can stop cleaning the damn house!

—   Sorry to just pop by unannounced, Fee, but I was at the market and I just thought I’d see if you were at home.

—   I’m succumbing to guilt overload. I’ve asked Iryna to leave by Sunday and I’m dodging her!

—   But I thought things were going well.

—   The first few days were great. Last Saturday, we took a long walk along the river and in the evening we sat around talking and drinking shots of vodka. Well, they drank vodka, I had tea.

—   What did you talk about? The political situation? The corruption? That’s what I’d be interested in.

—   Craig too, but she didn’t seem to be interested in politics at all. I think half the reason Craig didn’t make a fuss about her staying was he thought she might give him some insight into what’s going on there. I think she knows a lot, but she skirts his questions, pretends she doesn’t understand. Did you read that article in the Globe a couple of weeks ago about Russia’s nouveau riche and its corrupt bankers? I asked her last week about the banking system, and she pretended she didn’t understand the meaning of “corrupt.”

—   I know! On the one hand, she’ll talk about the hardships now, and how it was better before — under Communism — for the average person; then there was work and food for everyone, all the basics. On the other hand she’s totally loyal to the new system, to the national goals. She’s strident about it, talking about how well they are doing, how rich in resources they are. 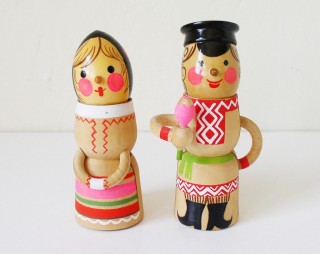 —   So nothing about the cowboy capitalism?

—   The Wild West seems to be settling, from what I read. She was a lot more forthcoming on the train. Since she’s been with us, the closest she’s gotten to being critical was on the night of the vodka shooters. Vodka with dill pickle chasers no less. (“Is the Russian way,” she says.) So after about five shots, she admits that the people feel “humiliated.” But then she seemed to immediately regret saying it, but refuses to elaborate. Craig and I talked about it afterward. Our guess is that people feel humiliated because of the failure of communism. Because it didn’t work: with the corruption, the inequity, the brutality under Stalin, people’s innate greed. Yet it seems that, in some ways, people were better off. Free apartments and education, inexpensive cultural events, strong family values and nationalism.

—   Yeah, I’m sure that’s partly it, but there’s something else going on. One of the tenants in Craig’s old apartment building is from Russia. He doesn’t know her that well or anything, but he ran into her at the Loeb and invited her over for drink on Tuesday, thinking maybe the women might like to meet each other. So Iryna asks the woman where she’s from — it’s this small city — and Iryna just snubs her. Craig and I figure Iryna was part of the communist establishment. Not the politburo, but the higher bureaucracy. The tenant made up some excuse and left. I think those outside the auspices of the Kremlin fear and/or hate it. 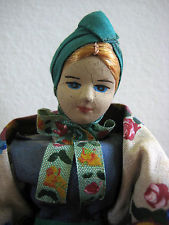 —   I’m sure you’re right. And those feelings, the fear, that will probably take a few generations to dissipate.

—   Anyway, politics aside, Iryna is a nice person and we did have some fun too, just the two of us. On Sunday we cooked stacks of potato and cheese perogies. They were delicious. Especially fried with onion the next day. And she told me this great story about how she roasts a chicken at home. She says her husband likes the crispy chicken skin. “He strips it off the bird like he’s undressing a woman.”

—   So, what happened? asks Fiona. Why did you ask her to leave?

—   Yeah, so get this. Yesterday, I notice she’s bought a big ham. Not the cooked kind, but a smoked, raw ham, bone in. And I see she’s taken slices off of it — probably for sandwiches. She really is on a strict budget. So, when she gets home from work I tell her she’s got to cook the ham, it’s raw, but she just digs in her heels. Says they eat smoked ham like this all the time at home. Maybe it’s true; maybe that’s why they such high rates of trichinosis in Eastern Europe.

—   I looked it up online. Most of the time it just goes away, but in rare cases, it can lead to a heart attack or encephalitis, or pneumonia. You don’t want to mess with it. And you’d think that the last thing any rational person wants is to get sick while they’re travelling.

—   Yes, and I showed her online, but she just wouldn’t hear of it. There’s this arrogance, this hubris about her. It seems like a sort of cultural, intellectual superiority.

—   Or maybe she just needed to assert herself after weeks of being told how to do things.

—   Could be. It’s hard to figure. And now I feel so guilty for turfing her out, but what can I do. I just told her I wasn’t feeling so well, with the baby, and I needed quiet.

—   You have no reason to feel guilty, Trish. It’s been over a week and you’ve saved her hundreds of dollars. Enough already.

—   I know, but when I told her, she got this look in her face, like I have so much and she has nothing, and that somehow I owe her.

—   Well, she’s brought it on herself. There’s no way you want to deal with a sick Russian!

—   You’re right, of course, but I’m in no hurry to go home and face her. She’s supposed to be leaving this aft. She got a deal at a B&B and Craig’s going to drive her over. Hey, do you want to go to the book store and browse a bit, maybe go for a coffee?

—   Sure, I’ll play hooky with you. The dust bunnies aren’t going anywhere.

*Roast chicken on a vodka bottle