The kitchen is in a state of post-Thanksgiving disorder: empty tins, plastic tubs and wine bottles spill out of the recycling bin by the back door. The turkey roasting pan and two empty Mason jars block the stairs to the basement, awaiting conveyance. The dish rack is piled high with clean pots and pans, still wet, and the other counter is crammed with colourful tins and jars containing homemade cookies and nuts from their guests. 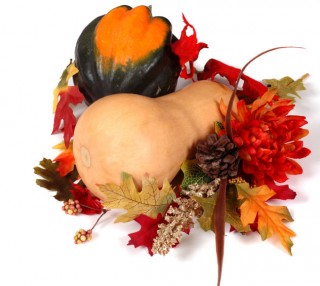 Fiona finishes sweeping the floor, makes a pot of Earl Grey, then looks out the back door window for Anne. We haven’t seen each other in ages, she thinks. That’s the problem with having a physician friend, they’re so darned busy. I’ve missed her, she realizes. Trish is great, but she’s so messed up. And young. Anne and I are more equals.

There was a thunderstorm yesterday, but today is clear and cold. A bundle of blue walks briskly up the back steps.

Fiona wraps her arms around her petite friend, and they kiss each other’s cheeks.

— Where are Luc and Gavin? asks Anne, shrugging out of her turquoise wool coat.

— Out spending money. Luc thinks he needs a snow blower. Boys and their toys. Have a seat, I just made some tea. I’ve been cleaning for hours. We had a great dinner yesterday, too bad you had to work.

— Yeah, Georges said the meal was magnificent. Roast turkey with fruit and nut stuffing*. You raise the bar pretty high my friend!

— Luc’s fault. He loves trying these gourmet recipes. Who am I to argue?

The women settle at the table with a cup of tea.

She has always admired her friend’s ability to look wonderful. Even after a gruelling shift at the hospital, her blonde bob is impeccably coiffed, her white shirt looks freshly pressed, and her fashionable jeans are close fitting, but not tight. She’s polished and elegant, a style Fiona aspires to, until she’s lured by the fashion du jour.

— These old jeans? says Anne. Hey, I have to tell you this story I heard at the hospital last night. It’s incredible. This patient, a young woman — maybe twenty-five — she’s in under observation for a severe concussion and she tells me how it happened. She was meeting her future in-laws for the first time, visiting them from Toronto, and since it was Thanksgiving, the house was packed with aunts, uncles, cousins.

The in-laws make her feel welcome and all that but she feels like a real outsider, and super nervous, so she starts pounding back the beer. So there she is half cut and of course, after all that beer, she has to pee. She’d been told not to use the downstairs bathroom because it’s being renovated, so she goes upstairs, but the door is closed. She knocks and this old woman calls out: just a minute. She thinks it’s the grandmother. So she waits and waits, but the lady doesn’t come out. She’s hopping one foot to the next, worried she’s going to wet her pants, and decides to go to the downstairs bathroom, thinking maybe the toilet still works, but it’s just a mess. She goes down and sees that the toilet is actually dismantled, but there’s a small sink attached to the wall. She’s desperate by this point, so she hikes up her skirt, pulls down her pantyhose, rests her butt on the sink and starts to pee. Suddenly, the sink gives way and crashes to the floor. She falls, hits her head on the tiles and passes out. She wakes to her fiancé’s mother leaning over her, asking if she’s okay. She doesn’t know which is worse: having her future in-laws see her with her pants down or having them know that she was going to pee in their sink.

— My gawd, the poor woman, says Fiona, laughing. How embarrassing! Either way. And to end up in hospital on top of it all!

— Yeah, but she had a good attitude about it, saw the humour in it and everything, says Anne.

You have to be able to laugh at yourself, thinks Fiona, but if I were her, I’d be mortified. And I certainly wouldn’t be telling the story to anyone. At least not all the gory details.

— I don’t know how her fiancé feels, continues Anne. Or the in-laws.

— In-laws! says Fiona, shaking her head. That reminds me of my turkey story. Our first year together I invited all Luc’s family here for Thanksgiving dinner. That was my first mistake. Did I forget Luc’s got nine siblings? There were 23 of us all told. A real crowd. So I got this giant turkey, like 40 pounds or something. It wouldn’t fit in my roasting pan so I bought one of those big disposable aluminum pans. It barely fit in the oven. I’d been cooking for days: whipped squash, candied yams in maple syrup, cauliflower soup to start, pumpkin pie with crème fraiche — the whole shebang. So everyone’s over and yakking away in the living room and I’m in the kitchen alone checking the turkey and I decide it’s done. So I’m taking it out and I guess I don’t have a proper grip on the aluminum pan, or it was too flimsy for this huge bird, anyway, it slips out of my hands and the turkey smacks to the floor and splits in two: the dressing going everywhere. Luc’s mom comes rushing into the kitchen just as I’m bursting into tears and she just closes the door and says: Merde! Don’t worry, ma petite, we can put this back together. She scoops the bird up onto the carving board and while she’s taking out the stuffing, she asks me for thread and a big needle. And doesn’t she just sew it back together. Just like that. Luckily it was the bottom side that split. It’ll be our secret, she tells me. We’ve been friends ever since.

Anne throws her head back and laughs.

— Omigosh! Did you ever tell Luc?

— It’s in the vault, she says, making a zipping motion across her lips.

*Fruity and nutty: Turkey stuffing with a twist

1. Melt butter and sauté celery, onions, garlic, sage, celery seed and salt and pepper for about 7 minutes.
2. Add apples and cook another 5 minutes.
3. In a large bowl, toss together the celery mix, bread, nuts and fruit. Drizzle with stock.
4. Stuff turkey or put the stuffing in a greased 12 x 9 inch baking dish.
5. Cover and bake at 350 °F for 20 minutes, and then stir and bake uncovered for 12 minutes more.