Fiona steps into the kitchen and even after fifteen years with Luc, she is struck by his profile: the strong nose, that prominent chin, surge of dark curls — is that my partner? she wonders. Then she shakes her head and spreads a swath of paint chips in front of him.

—   What colour do you think for the kitchen? she asks.

He looks up from reading the Globe and Mail, his Saturday morning routine. Normally he doesn’t mind being interrupted, but after moving yesterday, he’s not quite himself. Or maybe he’s too much himself, feeling his forty-three years, muscles aching from schlepping furniture and boxes and head aching from too many trivial but pressing details: find screws for bed frame. Buy padlock for garden shed. Return key to landlord.

—   They look really different on the wall, Fiona protests, her pale cheeks tint pink as usual at the slightest provocation, much to her annoyance.

—   Why don’t we go for something bright? says Luc. Yellow maybe?

—   I just had these around, she says defensively.

Luc pushes the chips to the side of the blue arborite table and sips his cappuccino. Cool now, but he savours it anyway. It took him nearly an hour to find the machine in the stack of boxes; worth every second, he thinks. Perfect with the muffin* he’s pulled out of the freezer.

Luc’s not ready to decide anything right now. After the past few frantic weeks with the endless to-do lists, he desperately needs to relax.  But Fiona is buzzing with energy and intent. While waiting for the kettle to boil for her morning tea, she’s noticed that the walls, which appear to be white, are actually streaked with grey and splattered red above the counter: spots of tomato? Or maybe — she peers at it — maybe beets. And the surface around the stove — she runs her fingers over it — encrusted with grease. She’s not a fastidious housekeeper — there are always dust bunnies hopping around the baseboards — but your own family’s dirt is one thing, she believes, someone else’s is another matter entirely. She’s not sure why this is so, it just is. 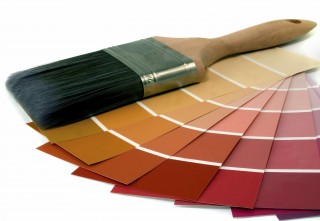 —   I was thinking we could prep the kitchen for painting — buy the paint, clean the walls. Then I’ll paint after work tomorrow. It makes sense to do it before we unpack, she says, feigning a casual air as she gathers her thick black hair into a clip.

—   I guess that means you want to prep today, and you expect me to help, Luc says, closing his paper and meeting her eyes.

—   No need to get all defensive, honey, says Fiona.

He knows “honey” is code: it means she’s annoyed with him.

—   Sorry, he says. He pauses, knowing he sounds insincere.

—   We’re both tired after yesterday, he adds. No surprise.

—   I’m just saying, Fiona offers, that we have to do it some time and it’d be nice to do it soon so we can hang shelves, get settled.

She’s big on being settled, even though her childhood was remarkably sedentary: same friends, one house — an old Lumber Baron mansion on a shady street in Renfrew, an economically-challenged Ottawa Valley town that still pines for the lumber glory days. Settled until her last year of high school anyway, then her parents split up and her dad left within a week, moved to the opposite end of the country: Vancouver. His abrupt departure and her mother’s subsequent meltdown left her feeling that anything could change at any moment. It left her with a perennial feeling of impermanence.

—   We just moved in yesterday, Luc says; let’s take it easy for a day at least. Je suis fait à l’os!.** I need some time to get my head around all of this…

He sweeps his hands around.

A debt shared between them, he thinks, but debt nonetheless, something he’s always avoided; his parents having carried enough for all of them.

—   We signed for the mortgage three months ago, she says, it’s hardly front-page news. Meet me half way here, Luc.

—   You know how I feel about being pushed into doing things, he says. Give it a rest, Fee.

She knows his stubbornness only too well. That and his reluctance to make big decisions is one of the reasons they stayed in their apartment so long. Too long, she thinks, lamenting the wasted rent money. And it’s why they still aren’t married, despite having a thirteen-year-old son. She remembers how they fought about it before Gavin was born. She just wanted a bit of security, of assurance. He said his love should suffice. And, besides, nothing could be forever, he said, which was anything but reassuring, but she resigned herself to being common-law. Marriage seems to be fashionable again though, and sometimes she fanaticizes about her wedding. Ridiculous at my age, she thinks. Forty. 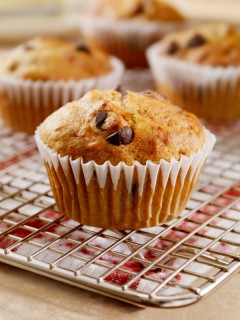 There are a thousand things to do, she fumes. Is he going to sit around all day reading the paper? Then she takes a deep breath and does that counting to ten thing that she’s read about. This is about me, what I want. Luc wants a day off. He deserves it. He works so hard. Always has. Taking courses, earning his bachelor’s degree part time, making his way up the line.

People seem to think civil service jobs are a lark, a boondoggle, but Luc works harder than anyone she’s ever known. It’s part of his attraction for her; she has no time for lazy people.

She sighs and sits down beside him. Takes up the “Style” section of the paper. I’ll give him a half hour, she decides. Then: blast off. Push his parent guilt button: I’ll convince him we need to set up Gavin’s room.

Thank you to Adrienne at Fabricawakuwaku  for this recipe.

** In Quebec, it means to be dead-tired.