Fiona’s stomach turns. Do I need to go to the bathroom again? she wonders. Was it was a mistake inviting Anne over to the house? Maybe we should have met at a café. Neutral space. She sighs. But Anne agreed to come. Via email. We haven’t talked in nearly a month, Fiona realizes.

Her stomach flips again. What if Anne’s still angry? What if she thinks Luc was insincere, if he apologized to her just because I was so upset.

Her thoughts are interrupted by a tap at the screen.

—   Anne, with a tan! Fiona says with a big smile. She opens the door, beckoning her long-time friend to come in.

And she does. Her golden skin shows off her blonde curls and her green eyes sparkle.

—   Thanks. Another taste of Italy.

—   It was a great holiday! We took it easy instead of our usual binge-tourism. Hung out in outdoor cafes, watching people, chatting. Walked for hours. Sat in parks and gardens. We did go to galleries and museums, but we limited ourselves to just a floor or a couple of rooms each day. You actually appreciate and remember what you see. It really worked well.

—   We were south of Siena, in a small old hotel plopped in the middle of a vineyard. We’d walk through it and on the other side there were these dusty olive trees. We had rented a car so we took in a lot of the sights: San Gimignano, olive groves, an old spa.

—   It sounds divine. Try some of the shrimp. Candace’s recipe.

Fiona hesitates but opts to plunge into dangerous territory.

—   I won’t pretend I haven’t missed you, Anne. And I’ve been horribly upset by how I behaved. Luc talked to you?

—   Yeah, he did, but it took me a while to process it all. Going away was a good idea in so many ways. I talked to Georges about it as well. He agrees he put Luc in a really awkward situation, and that telling him was a mistake.

—   Yeah. You know Georges is really making an effort. He was so kind and attentive to me on the holiday. He even bought me a guilt ring. 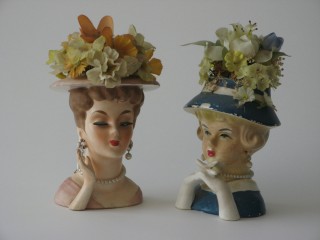 She flashes an emerald and diamond beauty.

—   Thanks, Fee, she says. More important, it wasn’t just a meaningless gesture. Now that we’re home — well, we just seem to be on a different footing. Early days yet, and we’re still in couples therapy and he’s in individual therapy, which is good, but things seem to be sorting themselves out.

—   Oh Anne, I am so glad things are on the mend. But I still feel horrible about what I did. I feel like I really betrayed you.

—   You did, says Anne simply. Fiona flushes with shame.

—   And I was furious with you at first, then mostly sad and disappointed. But gradually, I realized why you did it. Even if I still think it was wrongheaded, paternalistic….

—   I know. I realize that now. And it’s because you care about me.

—   You’re my best friend. But, well, I made a big mistake. A big ethical error. And so did Luc. The right thing to do would have been to tell you the minute we knew. As you said, if the shoe were on the other foot, that’s what I would have wanted.

—   I nearly lost the two people who mean the most to me in the world, says Anne. If I can forgive Georges, I can certainly forgive you and try to move on. I mean, I may have a bit of trouble with trust and it may take a while to get fully back on track, but I think we’re up to the challenge.

—   Here’s to a renewed friendship then, says Anne raising her wine glass.

—   And my atonement, says Fiona, clinking. Thank you for giving me another chance, Anne.

Thank you to Candace Brookbank for this recipe.