Fiona wishes she hadn’t thawed out the hamburger; now she has to make her mother’s cottage pie,* when all she really feels like doing is throwing together a salad and a simple pasta. Still, the pie’s the ultimate comfort food. That’s what she needs after today. The publisher is pressuring her to run an article on Domestic Houses Inc., a local developer and frequent advertiser. He has no clue about journalism ethics, she thinks angrily as she chops the onion. Tears well up in her eyes. I’ve told him so many times: People see the ad, they see the article, and they assume it’s biased. You’re not doing anyone any favours.

She wonders if she’s made a mistake applying for the job of editor-in-chief. I’ll have to deal with him all the time, she thinks. Jerk.

She’s just putting the cottage pie into the oven when there’s a tap at the back door.

—   Trish! she says. Your timing’s impeccable, I just finished making dinner and I’m dying for a glass of wine. Well, juice for you I guess.

They kiss each other on the cheeks.

Trish pulls off her coat and smooths her long top over the smallest of bumps.

—   My little bobolink, she says, caressing her tummy. 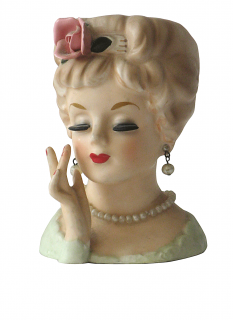 She wraps her arms around her friend, and then pulls back. They smile into each other’s faces.

—   Fee, you’ll never guess who just called me, after all this time. Charles.

—   Charles! Can’t the guy take a hint? What did he want? she asks as she pours the wine and OJ.

—   He said he needed the last name and number of this friend of mine he met once. Terrence Hall, you remember, the editor?

—   Oh sure, I know him. Why would Charles want to get in touch with him?

—   He’s got his collection of stories ready to go and wants an editor.

—   What he needs is a censor! He probably just wanted to taunt you with the fact that he’s finished a book.

—   Yeah, maybe. I was so shocked to hear from him. I mean I sort of figured we might run into each other at some point, at a reading or something, but I never thought he’d phone me. He was super polite and he seemed so interested in what I’m doing. I told him I was getting up at five to write.

—   Same old: writing speeches at Ag Canada, writing until midnight or one every night, going to readings.

—   Did you tell him about Craig? About the baby?

—   He asked if I was seeing someone and I just said yes. I didn’t give him any details — it’s none of his business.

—   Too right. Maybe he was testing the waters, wanting to see if he could plunge back in.

—   I couldn’t even be friends with him. Not after what happened. He treated me like dog doo doo on his shoe. Wouldn’t trust me. Questioning me all the time: Where are you going? Who are you seeing? Then the piece de resistance: He dumps me for that Julia!

—   I don’t think so. He didn’t actually say, but he did say that his writing is the most important thing to him now. And I know how obsessive he is about relationships. I think it must be over.

—   Well, he encountered the Arctic Ocean. I shoulda listened to you, Fee. My voice of reason. The way I stuck with him, I was such an idiot. I let him get away with all that crap. I mean, I understand now that he’s a really unhappy person, probably depressed, toiling away at stories that no one wants to publish and working at a soul-numbing government job. But that’s no excuse. He has lots of options. He could quit his job or transfer to another department.

—   He could never give up the security. He’s weak.

—   You’re right. Thank god it’s not my problem. I’ll never forgive him for how he treated me. Now that I know how a relationship is supposed to be. I should have left Charles in September when he started raising all that fuss about going to New York.

They smile at each other.

—   So, how did you the conversation end? asks Fiona.

—   After the idle chit chat — actually after I mentioned I was seeing someone — there was this awkward silence. I didn’t know what to say. All the usual banalities — nice talkin’ to you; don’t be a stranger — they seemed so inappropriate under the circumstances. Finally, he says, Well, I’ve got to run. And I say, Yeah, I’ll see you soon! Soon! Why the hell did I say that? As if I want to see him again.

—   No. Absolutely not. I used to think that we had unresolved things between us, but now I just don’t care.

—   Not every relationship can be tied up in a neat package like a bundle of love letters and put in the back of a closet. Some things end messily, says Fee.

—   Are you staying for dinner?