—   I hate English class, says Gavin, looking up from his laptop across the kitchen table. How am I supposed to know what this dopey story means? It’s just an old story.

—   Whatcha got there? asks Luc, putting down his New Yorker.

—   That’s a great story, says Luc, you must have liked reading it.

—   Yeah, it’s pretty cool, I mean for something written fifty years ago. 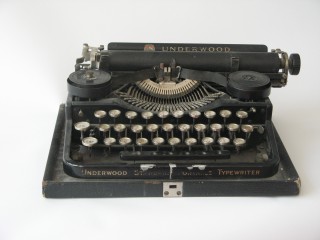 —   Today, they’d murder all the family members right in front of the grandmother, says Luc.

—   But that’s not what I’m supposed to write about. Mrs. Lansing wants five-hundred words on an underlying theme. How am I supposed to do that?

—   Think about the bigger story, buddy, says Luc. There’s the story she tells, about the family out for a drive and they all get shot by these outlaws. What’s that say about our society?

—   Yeah. And think about the grandmother; she’s old, she represents an olden time.

—   Yeah, she talks about how they could only drive thirty miles in a whole day. And she wants to go back to look at the dopey plantation and that’s why everyone gets killed.

Fiona bangs through the screen door.

Luc pecks her on the cheek. Fiona kisses the top of Gavin’s head.

—   So how was the cocktail party? asks Luc.

—   Great food: shrimp in Sambuca.* I was lurking by the kitchen door, waiting for the servers to come out. Yum. The French consulate always has the best food.

—   Lena’s driving me mad. She’s supposed to look after assigning the front-end stuff, but the rule is she has to clear the topic and reporter with me first. So we agreed to do this piece on a new 100-mile catering business and I suggested a few writers, but then she goes out and asks one of her trust-fund buddies to do it. Meanwhile, I’d forgotten all about it.

—   So the piece comes in this morning and it turns out I know the trust-fund babe. She is friends with the guy who runs the catering business. It’s a huge conflict of interest. There’s no way she can write an objective piece. Never mind that she’s in no way qualified to write the piece. It was crap. I asked Lena why she hadn’t consulted me about the writer, and she said she didn’t want to bother me. Then when I told her about the conflict and she had the gall to pretend she didn’t know.

—   Unlikely. I mean she probably heard about the business from her friend in the first place: My friend started this business, blah, blah, blah. I’m sure she was lying through her teeth. Regardless, she broke protocol by assigning without consulting with me first.

—   That joint’s like Peyton Place. So what did you do? 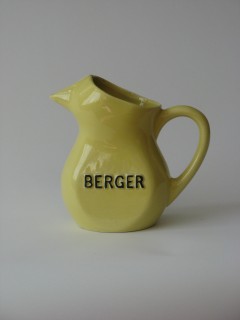 —   I phoned the writer and apologized for the misunderstanding, but explained about the conflict-of-interest. She didn’t even get it, said she didn’t see what the problem was. “It’s not like it’s an investigative piece,” she said. I was speechless. I just told her we’d pay a kill-fee of fifty percent, which is thirty over what we usually pay, but since it was totally Lena’s fault….

—   I told her she had to write the replacement story, which means she has to work tomorrow, Saturday. She was really peeved, but it’s her own fault. Then I went to Richard.

—   Oh ho, the evil publisher. And what did he have to say about the debacle?

—   Oh, you know Richard. I told him I thought Lena had potentially put the magazine’s reputation at risk, and he just shrugs. He drives me nuts.

—   Who knows. But in this case, I don’t think he was siding with her per se. I think he genuinely doesn’t understand the importance of editorial autonomy. He always wants to place ads next to articles that mention the product or store or whatever. It’s bad enough that he even knows what we’re writing about. The firewall is already full of holes. I have to fight to retain what little independence I have. I got really angry with him over this one; told him I was going to officially reprimand Lena. You know, three strikes and you’re out.

—   Three warnings, so this is the first?

—   Yeah, I’ll do it on Monday. Richard said I could if I really felt it was warranted. He made me feel like I was over-reacting, even though I’m not.

—   Tant mieux.** You should be celebrating, Fee. Only two more screw-ups and Lena’s outta there.

—   True! Trust you to see the silver lining.

—   Hey, can you go see how Gavin’s doing on his English essay? I tried to help him, but that’s more your thing.

—   Sure, she says, rising. Thanks for listening to my blather.

—   You’re such a cornball, she says grinning.