Luc meticulously wipes mushrooms with a paper towel, then uses a paring knife to slice them up for his famous quick cacciatore* — well, famous according to Gavin, who is always clamouring for it. The aroma of the chicken simmering in tomato-balsamic sauce entices Luc’s nostrils; the sounds of Gotan Project fill his ears. He hums along, patently off-key, not caring, wondering if Fiona heard today about her promotion. She had a meeting with the publisher at one, but they’d agreed she’d wait until she got home to tell Luc what happened. Phone news makes the in-person announcement anticlimactic. He said he wanted to be able to congratulate her properly.

—   Hi honey! Fiona says, pulling the door closed behind her.

Luc wipes his hands on a tea towel and kisses her. 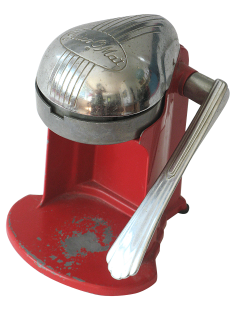 —   YES! You’re looking at the new editor-in-chief of City Life. I’ll spend the next month training with Joan, then she’s gone and I’m in.

Luc gives her a huge hug and kisses her.

—   I’m so proud of you, Fee. Congratulations. You’ve earned it.

He looks at her intently.

—   Oh, I am, believe me. And I vowed not to let it interfere with my celebration….

—   No, no, it’s all good. I got everything I asked for, thanks to Joan. She really went to bat for me with the publisher; Richard can be so stingy. It’s Lena.

She smiles and sits at the kitchen table as he opens the fridge and takes out the bottle of Veuve Clinquot he bought in anticipation. He opens the back door and pops the cork across the yard, into the melting snow, and pours them each a glass.

—   To you, he says, and huge success in your fabulous new job.

He gives her another kiss.

—   You’re so sweet, Luc, she says. You know I couldn’t have done it without your support, telling me to go for it. You’ve been fabulous.

—   My pleasure, he says with a small bow of his head.

They sip the champagne; Fiona licks her lips.

—   She got offered the job, says Fiona. That’s what I wanted to tell you. She comes to me earlier today and says she doesn’t know how much money she should ask for, asks how much I was making. I was really taken aback; that one’s got some chutzpah.

—   She’s wrong; she’s a colleague. Anyway, I tell her I’m not comfortable discussing salaries and she’s totally undeterred: tells me what she’s asked for and it’s ten percent more than what I earned doing the same job.

—   I tell her I don’t think she’ll get that much. I shouldn’t have, but I told her it was more than I earned and I’ve been there four years. I said they’d probably start her at the same or even lower.  Oh, no, says Lena, it’ll be at least the same. She’s just so cocksure. So then, just before I left for the day, she comes up to me and doesn’t congratulate me or anything, just says she’s the new senior editor. I tell her Richard and I had discussed it — which seemed to throw her for a loop. I don’t think she grasps the fact that I’m her boss now. Anyway, I congratulate her, shake her hand, wish her the best. Then she blurts out that she didn’t get the salary she wanted and tells me what she’s getting. Turns out its a grand more than I was earning at the end of four years. And she’s just starting. I can’t believe Richard fell for that.

—   Well, at least it wasn’t the ten percent she asked for, says Luc. But still a grand a year — that sucks.

—   I know. I immediately wish I didn’t know, and now it’s haunting me. I’m furious. Richard’s always harping about finances, what would possess him to give her that much?

—   It wouldn’t be the first time someone slept their way into a job. Or maybe he didn’t want the disruption of hiring someone from the outside.

—   In a perfect world, says Luc, grinning. Come on Fee, you know what he’s like.

—   Hey, hey there Fee, he says, patting her hand. Obviously, Lena’s up to something. She knew you’d be upset about it and she could have kept it to herself. Her choice. Don’t let her win. Be happy about your promotion, your new salary, and screw her. You notice she didn’t congratulate you about your promotion. You’re her boss now. Just remember that. If she wants to play games….

—   Exactly. Load up the work. You’ve worked like a dog in the senior editor’s job. Expect the same from her. Don’t do her any favours.

—   You never know. One thing’s for sure though, she’s not going to be very happy when she actually has to work hard.

Gavin rumbles into the kitchen: Hey Dad, what’s for dinner?