The phone’s ring is shrill in the quiet of Saturday morning. Fiona turns from trimming the ribs* and quickly rinses her hands.

—   Hi. My name’s Leanne McMurchy. I just thought you should know that I’ve had two obscene phone calls from this number.

—   I did star sixty-nine. The calls were for my daughter, Jessica. They came last night at nine and nine thirty. On the answering machine.

—   She was pretty upset, but the calls were just so stupid. It was a young guy, but she didn’t recognize the voice. She erased the messages. But the first time he says something like: “That was great sex last night, I can’t wait to see you tomorrow. ” I mean she’s fourteen years old.

She hangs up and finishes making the marinade, giving herself some time to think. If we’d bought him a cell like he wanted, we never would have known about this, she thinks. As she’s covering the dish with plastic wrap, Gavin comes into the kitchen, still in his pyjamas at ten in the morning.

—   Your dad will be home with the groceries any minute. Do you want some OJ while you’re waiting?

She set his glass of juice in front of him and sits down.

—   Gavin, I just had a phone call from Leanne McMurchy. Do you go to school with her daughter, Jessica?

—   Sure. I guess so. There are three Jessicas in my class.

—   Well, Jessica’s mom says they had two obscene phone calls left on their answering machine and the calls came from here, from our number.

—   Well, I’ll have to call his mother then and let her know.

—   But don’t think you’re off the hook either, Gavin. You’re responsible for your guest’s behaviour when they’re in this house. You never should have allowed that. Twice, too! How do you think Jessica felt?

Typical, she thinks, first sign of trouble, he clams up. She looks up Troy’s number on the list by the phone and dials it. 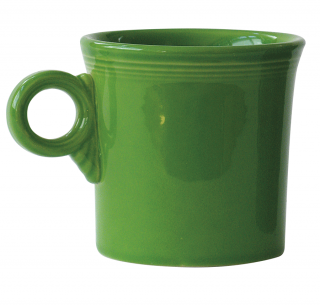 —   I’ve had a phone call from Leanne McMurchy, her daughter, Jessica, goes to school with our sons. Jessica had two obscene phone messages last night from our home number. Gavin says Troy made the calls.

—   Troy would never do anything like that, says the woman. He’s been brought up better.

Fiona’s mom radar instantly switches to high alert; the woman’s implication being that Gavin would, because he has not been brought up properly. She realizes there is nothing else to say.

—   Well, I have no reason not to believe Gavin. I just thought that you should know. Goodbye.

She hangs up without waiting for a response. Her heart is pounding. Maybe she wasn’t so much accusing Gavin as defending her own son. Wouldn’t we do anything to defend them?

—   Are you sure you weren’t more involved in this? she asks, making a futile attempt at eye contact.

—   Troy’s obsessed with the phone, says Gavin. He makes calls all the time.

—   Gavin, you didn’t answer my question: Did you make one of the calls.

—   You must remember something, Gavin.

—   Something about wanting a date with her, wanting to sleep with her.

—   Mom, can’t we talk about this later? I haven’t even had my breakfast.

—   Gavin, you aren’t taking this seriously. This is serious.

Luc walks into the kitchen, bearing canvas bags of groceries.

—   You know it’s wrong to make calls like that, continues Luc. Don’t you?

—   We’re going to suspend your phone privileges for a month.

—   Yes. But first you have to phone Jessica and apologize. And apologize to her mother, too.

—   That you’re sorry for upsetting them and you realize what you did was wrong.

—   But what about Troy? He gets off with nothing?

—   And, Gavin, says Fiona, I don’t want Troy in the house unless your Dad or I are here. And no phone calls.

Thank you to Jean Sibbald for this recipe.